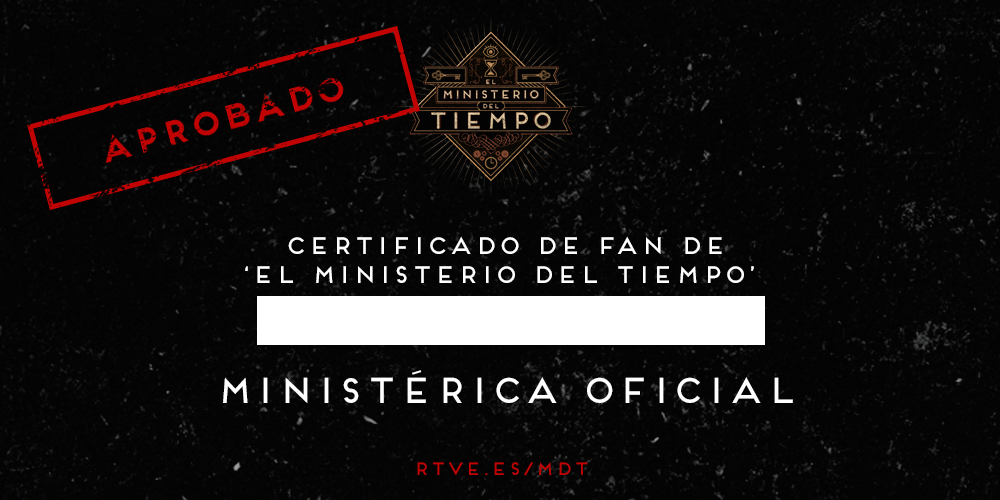 I am a time-travel junkie. From my youth, spending Sunday nights with my sister watching Voyagers, the all-too-short NBC series to today and a certain space alien with a blue box and many companions, I've never met a story in the time travel genre or TT that I've disliked. Mostly, because it fits in with my other love-history. But throughout the last century, most of the TT stories have been from the English speaking world, especially on TV.   However, a new series on Spanish television is changing that notion.   El Ministerio del Tiempo or The Ministry of Time is about a part of the Spanish government who's duty it is to protect portals or doorways to other time-periods in history. This section was set up by Queen Isabella of Spain after she found out about them from a Jew wanting to save himself during the Reconquista.  The Ministry spends most of it's time trying to find people who go to other time periods and change history.

The idea is that people in our time can't travel to the future but people who lived before can travel to 2015.  Actually the time portals are the weakest part of the series, one needs to just accept it and move on.The show follows a new team of three recruits. Amelia Folch-the leader and one of the first women in Spain to go to University, Alonso de Enterrios, a 16th century soldier saved from the gallows and thought dead by his pregnant wife. The third is Julian Martinez, a modern day EMT haunted by the death of his wife 3 years ago. Other characters included their bosses and the head of the ministry-all who have secrets of their own. Every week the team travels on another missing to an era in Spanish history where they usually end up meeting some of the famous characters in Spanish history, i.e.. Lope de Vega, Salvador Dali, etc.

Now this premise is hardly new. NBC's Voyagers tackled the "setting history on it's course" back in the 1980s and a case could be made for this show having elements of Torchwood or Doctor Who. However, what makes it work in my opinion is the Iberian element of it. From the humor to the grumbling about the canteen food and the lack of Christmas bonuses, it's pure Spain and more cynical than it's BBC counterparts. Secondly, it doesn't underestimate the viewers intelligence with mindless dialogue and/or over-the-top dramatics. Finally, the last element is the cast and crew-from the writers/directors, to the wonderful actors. Special mention goes to Nacho Fresnada as Alonso-who gives warmth and a layered performance. Even the guest stars are of high quality.

Now there are some elements of the show that don't work for me. The way the doors work-that one can travel up to 2015 but no one can travel beyond into the future-doesn't make a whole lot of sense. This is where just chalking it up to the TARDIS controls and wibbly-wobbly time travel come in handy. Also, as this is a Spanish show, there are some plotlines that threaten to go into the "soap opera" territory. I'm hopeful that Javier Olvidares and Co. can keep from falling into that trap.


The show is online at RTVE.es with Spanish subtitles. Hopefully either Netflix or another online provider will buy the show and provide English subtitles as it's a show that Doctor Who fans and other English speakers would appreciate.
Posted by heatherfeather at 10:04 PM No comments: